In “Thyroid on Trial” we used an evidence pyramid to examine the various types of scientific studies that have been used to examine the hypothesis that there is a connection between hypothyroidism and aggressive behavior in dogs. We followed this example up through most of the levels of the pyramid, finishing at the penultimate level, the randomized, controlled trial.

At the tippy top of the evidence pyramid is the systematic review. As I mentioned in that piece, systematic reviews are somewhat of a rarity  in canine science because they entail an enormous amount of work and time and because such reviews are only possible once there is a robust body of published information about a topic. So, I was recently quite delighted to find a newly published systematic review of a topic that many dog folks have an interest in – Canine Scenting Ability.

WHAT DOES THE NOSE KNOW?

It is generally accepted that dogs possess a phenomenal sense of smell. These talents are regularly demonstrated in the many ways that dogs work and play at various scenting tasks. Dogs are trained to find illicit drugs, explosives, and land mines for the police and military, to identify the presence of mold, insects and toxins in homes and public buildings, and in recent years, to diagnose the presence of cancerous tumors or changes in blood glucose levels in human patients. On the recreation side of things, anyone who enjoys tracking or canine nose work with their dog knows that these canine sports are not only interesting and enjoyable for owners, but are great fun for the dogs as well. 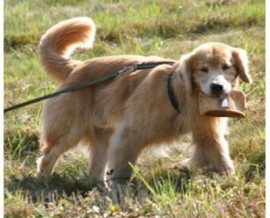 Evidence in support of the dog’s keen scenting ability comes from many sources, each of which is associated with varying degrees of reliability. Information ranges from anecdotes (“Fluffy detected Aunt Marge’s diabetes and  saved her life!”), to media reports of heroic finds and rescues, to controlled scientific studies. The diversity of the dog’s olfactory talents is also expressed by the wide range of items that dogs can be trained to locate and identify.

The Systematic Review: Knowing this, a group of researchers at Freie University’s College of Veterinary Medicine in Berlin, Germany conducted a systematic review of all of the published research regarding the domestic dog’s ability to successfully detect selected odors. They published their results in the peer-reviewed journal, Applied Animal Behaviour Science in late 2013. Here is what they found:

Success Rates: Sensitivity and specificity were calculated in 6 of the 14 studies (see “This test you keep using” for an explanation of these two measures) and response rate (number of correct finds) was reported in 8 of the 14 studies:

Study Limitations: All of the published studies had one or more limitations. While these do not invalidate the positive results, they do suggest the need for future research that is well controlled, blinded, and which includes multiple samples.

Take Away for Dog Folks: This systematic review shows that dogs can be successfully trained to detect a wide range of biological substances and that training methods that focus on positive reinforcement are the approach of choice for this type of training. In addition to providing a thorough review of a topic, systematic reviews also function to identify gaps in the research that may require additional study. In this case, further exploration of the specific methods and durations used to train scent detection work in dogs along with careful blinding to prevent handler signaling or sample contamination appear to be needed. Personally, I found it to be very exciting that 31 papers were found on the topic of scent detection work in dogs, 14 of which met all of the (rather strict) criteria for a veterinary medicine evidence-based review, and that of these 14, the majority reported successful or highly successful scenting responses in the dogs.

What the dog’s nose knows seems to be quite a bit indeed!

5 thoughts on “What the Dog’s Nose Knows”

Leave a Reply to The Science Dog Cancel reply