Many animal shelters regularly use standardized tests to assess the behavior of dogs and to determine adoption suitability. However, while the use of these tests has become ubiquitous, there is a distinct lack of research demonstrating their reliability or validity. In other words, while testing a dog’s degree of friendliness, aggression and fear prior to adoption makes intuitive sense and feels like a good idea, we do not actually know whether or not it actually works. This is an important question to raise (and I am by no means the first to be raising it), because when these tests are administered as a method for predicting a dog’s future behavior, the dog’s performance on the test often determines whether or not he has a future. 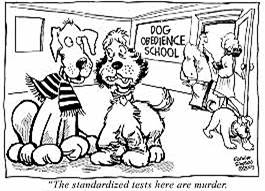 My previous blog,  “This test you keep using…..” reviewed a study that examined the predictive value of a single subtest of a standard behavior test, the fake hand as a test for food aggression (1).  That paper’s results are important because it brought the fake hand test under needed scientific scrutiny and because it brought additional attention to the need for the scientific validation of all behavior tests that are used with shelter and rescue dogs.

Though still limited, these studies are being conducted and published. For example, an Australian behaviorist, Kate Mornement, has been studying behavior assessments used by animal shelters for the last several years as part of her PhD research at Monash University (2,3). Most recently, she and her research team examined the effectiveness of a behavior assessment program called the BARK protocol (4). 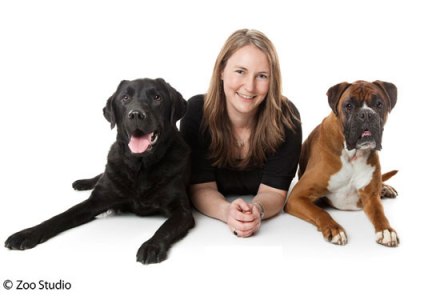 The study: Kate and her research team first worked with a focus panel of nine canine experts to develop a standardized 12-subtest behavior assessment that was labeled the Behavioural Assessment for Rehoming K-9s (BARK) program. The BARK battery of tests was designed to assess five primary behavior traits: anxiety, compliance, fear, friendliness, and activity level. Following development, the BARK test’s reliability and validity were studied in a shelter setting over a 12-month period. Several measures of its effectiveness were examined: inter-rater reliability (the degree to which different evaluators agreed when assessing the same dog), test-retest (the degree to which a dog’s score was stable over time; in this case dogs were retested 24 hours following their initial assessment), and predictive validity (the accuracy with which in-shelter test results predicted a dog’s in-home behavior). Predictive validity was assessed by surveying adoptive owners several months following adoption regarding their dog’s degree of anxiety, fear, friendliness, compliance, and activity level.

Results: Several results of this study are of value to shelter professionals and dog folks:

Take Away for Dog Folks: These results suggest that a standardized behavior test, administered to shelter dogs in a shelter environment, may not be a reliable indicator of a dog’s future behavior.

Soapbox time: These results (and those of Marder et al) raise several questions. Perhaps single-session tests designed to measure major behavior categories can work and all that is needed is additional attention to designing the right types of subtests. Or, perhaps it is more important to examine differences among shelters in terms of staff experience, time availability, adoption standards, and the number of animals that are cared for and attempt to design behavior assessments that can be modified to fit individual shelter’s needs. Or, perhaps it is time to rethink the entire use of these tests and to consider not using them at all.

Because these tests have become so entrenched in shelter and rescue dog culture, it is this last suggestion that is not only often overlooked, but also that has the potential to raise much ire. Typically, responses to this suggestion center around three objections, all of which qualify in one way or another as straw man arguments and which can effectively function to derail thoughtful discourse. 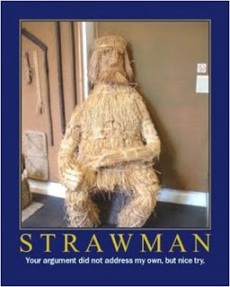 Strawman arguments, in addition to being logically invalid, function to keep people from paying attention to the evidence, and from admitting that there may be a problem with the use of behavior tests to assess shelter dogs. If we can keep these at bay and instead encourage discussion of where the science seems to be leading us, we may find that there are potential alternatives to the current standardized, single-session behavior tests. Improved design of the tests is one, as is custom-designing tests to meet shelters’ needs, as is developing an approach that is more longitudinal in nature – for example, having shelter staff note simple behaviors once or twice a day during feeding/cleaning/exercising dogs to provide a longer-term and cumulative record of the dog’s behavior. Longitudinal data, like single-session behavior tests, would require validation through scientific testing. Conversely, to continue to champion a battery of tests that have not yet held up under scientific scrutiny and have been shown to be significantly deficient in at least some areas, seems to be helping no one, least of all the dogs who are tested……..and fail.

54 thoughts on “Beware the Straw Man”