Over the last few years, the sale of dog foods that carry a claim of natural, either embedded into their brand name or proclaimed on their front label, has exploded. According to the marketing research firm Packaged Facts, natural foods are currently the fastest growing segment of the U.S. pet food market. The sale of foods that are marketed in this way doubled between 2008 and 2012 and accounted for almost 80 percent of all new products introduced between January and August of 2014. Natural pet food sales dollars during the same period exceeded 3 billion dollars, making up two-thirds of total pet food sales.

So, what is all of the fuss about? Does a claim of “natural” mean anything for your dog or is it just one more marketing gimmick? 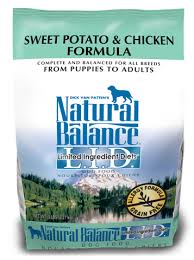 What natural is: The Association of American Feed Control Officials (AAFCO), the organization that sets pet food ingredient and labeling definitions, states that a pet food manufacturer can include the word natural in a product’s brand name or as a label claim if the food has been preserved using only non-synthetic (i.e. naturally-derived) preservatives. This means that the food cannot include artificially produced compounds such as  butylated hydroxyanisole (BHA), butylated hydroxytoluene (BHT), tert-butyl hydroquinone (TBHQ), or ethoxyquin. Instead, naturally-derived preservatives such as tocopherols (vitamin E), ascorbic acid (vitamin C), citric acid, and rosemary extract are used. In today’s pet food market, this is not a high bar to clear. Starting in the 1980’s, consumer pressure to eliminate the use of ethoxyquin in pet foods was followed by a general trend away from artificial preservatives. Today almost all pet food manufacturers produce at least one product line of foods that are preserved without synthetic compounds and legally carry the “All Natural” claim. 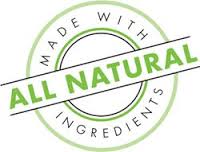 In practice: AAFCO’s definition of “natural” is so broad that it includes nearly every single type of pet food ingredient that is currently included in commercial pet foods, with the exception of chemically synthesized vitamins and minerals. And even with these, there is a loop-hole. A manufacturer that includes these items can still use the natural moniker provided the statement “with added vitamins and minerals” is tacked onto the natural label claim.

What natural is not:  A pet food label claim of natural does not signify anything about a food’s quality, the source or type of ingredients that it includes, the company’s manufacturing practices, or the food’s safety record. Neither does the appearance of the word natural signify that a food is organic, that it contains no GMO ingredients, is made from human-grade or high quality ingredients, or does not contain by-products. The bottom line is that other than assuring the owner that the food does not contain synthetic preservatives, a label claim of “natural” is meaningless and provides no information that helps to differentiate among foods in terms of their ingredients, quality, digestibility, manufacturing practices or food safety.

Natural vs. organic: There is however an important distinction between the terms natural and organic. According to the USDA’s National Organic Standards Board, a food can be labeled organic if the plant ingredients that are included were grown without pesticides, artificial or sewage sludge fertilizers, or irradiation and exclude genetically modified organisms (GMOs). Animal-source ingredients must come from animals that were raised exclusively on organic feed, were not treated with hormones or antibiotics, and were housed/fed according to an agreed upon welfare standard. However, these requirements were developed for human foods and the National Organic Program (NOP) lacks the legal authority to regulate organic label claims on pet food. Pet food companies can voluntarily choose to meet the NOP standards, apply for NOP certification, and if accepted can use the USDA Organic seal. However, because certification is optional, a pet food company’s use of certified organic ingredients does not mean that the product itself is certified organic via USDA standards. AFFCO has not yet developed a regulation for organic pet foods  and recommends that pet food companies attempt to follow the USDA organic food regulations in their labeling practices. However, companies are not required to do so. If a company chooses to follow the guidelines of the National Organic Program (NOP), you should be able to tell by reading their claim and the ingredients list. If the label states “100 Percent Organic“, every single ingredient must be organic. Foods labeled simply “Organic” must include at least 95 percent organically produced ingredients. Below this level is the label claim “Made with Organic Ingredients”, for which at least 70 percent of the product’s ingredients are organic.

Why natural? Oddly enough, despite the fact that the term organic is more narrowly defined and better regulated than the term natural, it is the natural foods segment and not organic pet foods that are taking off in sales. A recent marketing research study examined these differences (1).

The Study: Marketing researchers at New Mexico State University surveyed a group of 661 U.S. dog owners regarding their pet food choices. The researchers used a research methodology called “discrete choice analysis” in which they presented participants with a panel of dog foods that varied in key attributes such as price, ingredient type, label claims, and package size and asked them to identify the food that they would choose for their dog. The objectives of the study were to test the effects of label claims such as “Veterinarian Recommended“, “Natural” and “Organic“, as well as package size, life stage formulation, and price upon dog owner preferences. Because a primary goal was to study perceptions of  natural pet foods, the participants were provided with the AAFCO’s definition of the term natural and the USDA’s definition of the term organic prior to starting the survey.

Results: Of the five primary dog food attributes that were studied, the price of the food was found to be the most important determinant of choice. U.S. dog owners were consistently interested in finding the least expensive food. Following product cost, owners focused most intently upon whether or not the food’s ingredients were promoted as being natural or organic. When these two ingredient types were compared, dog owners were willing to pay the highest (premium) price for a dog food containing a claim of natural ingredients, more so even than for a food stating that it contained organic ingredients. Other attributes such as being recommended by a veterinarian, life stage formulation, and package size were less important. Following price point, the most important driver for choosing a dog food was seeing the word “Natural” somewhere on the label or in the brand name.

Take Away for Dog Folks:  Perhaps the most important fact that dog owners should be aware of is that virtually anything goes when it comes to the “It’s Natural” claim on pet food labels. (This is also true of human foods, by the way). The only significant requirement is that a dog food labels as “All Natural” has is that it cannot contain artificial preservatives. That’s All. 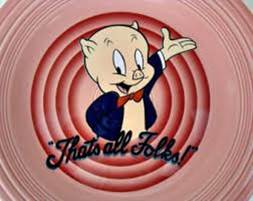 However, even knowing the ridiculously broad definition of the term natural, people continued to attribute great value to the term and showed that they were willing to pay a premium price to see it on their dog’s food label. In fact, this study showed that owners were willing to pay more for natural ingredients than for organic ingredients despite learning just minutes earlier about the clear differences between the two terms and the stricter guidelines for and regulation of organic foods. Make no doubt about it; this distinction is a win-win for pet food manufacturers because the cost difference between making an “All Natural” pet food claim (that means nothing) and an “Organic” claim that (though optional) is associated with set guidelines for ingredient production and sourcing, is substantial. Expect to see even more of the word natural on pet food shelves in the future.

And train yourself to ignore it.

Pet food claims for providing superior nutrition, for promoting health, or for being safer do not follow from a claim of naturalness without evidence of such benefit. And, this is especially true when the word means nothing at all in the first place.

10 thoughts on “The Nature of Natural”