Little dogs often get a bad rap. People who dislike small dogs say that are yappy, hyper-excitable, nippy (reactive), untrained, and often spoiled (whatever that means) . Indeed, it appears that  even the Wicked Witch of the West had it in for the wee ones.

So, are any of these beliefs true? Are little dogs truly as bratty as some would have us believe? And, if indeed small dogs are found to exhibit more than their share of bad behaviors, are these inherent traits that come along with the miniaturized body type or does the owner shoulder some of the responsibility for junior’s transgressions? 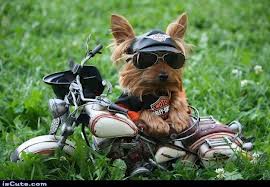 WHO YOU CALLIN’ LITTLE?

Once again, we turn to science for some answers.

Background: When surveyed, owners of small and toy breed dogs have indeed been found to rate their dogs as more excitable, disobedient, impulsive, and in some cases, more likely to bite, when compared with owners of large dogs (1-4). Factors that may contribute to the reported differences between small and large dogs could originate with the dog, with the owner, or via idiosyncracies of the relationship between the two.  In 2010, a group of researchers at the Austrian University of Veterinary Medicine decided to study these factors (5).

The Study: This was a large study. The authors surveyed almost 1300 dog owners in urban and suburban areas who were living with one or more companion dogs. The questionnaire collected information about owner and dog demographics, history of ownership, daily activities, dog care/training practices, and owner perceptions of their dog’s behavior and response to commands. For this study, dogs were classified as “small” if they were reported to weigh less than 20 kg (~44 lb) and large if they weighed 20 kg or more. Following collection of the completed surveys, the researchers used a statistical technique called Principle Component Analysis (PCA) to identify correlated groups of questions that suggest common underlying factors or themes. Three dog trait factors were identified: Obedience, Aggression/excitability, and Anxiety/fearfulness. Two primary owner factors that were found were Consistency and Training Methods, and the most important owner/dog relationship factor was Shared Activities.

Results: When the small and large groups of dogs were compared, several statistically significant differences were found:

Take Away for Dog Folks: